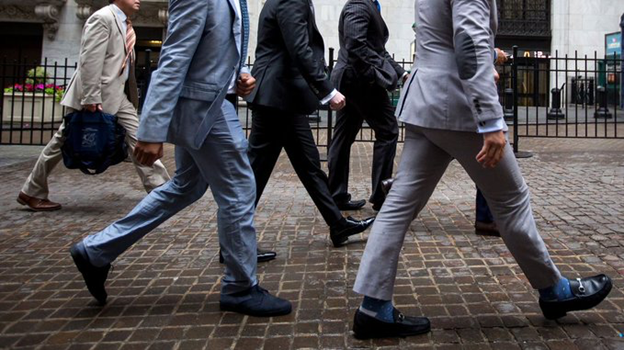 Ojjeh still hasn’t paid his fines, are we surprised? His ongoing grip on the legal system is his claim to success. He claimed his frozen accounts are the reason why and he’s under disputes with the banks.

Ojjeh has faced client exodus, after the foreign shady deals scandal. He signed a merger agreement last year with two logistics companies and began a development company amid the settlement.

Fine, he agreed to pay penalties to settle record keeping violations related to his case. You would think that after the situation, the court would take all the money owed from Ojjeh’s accounts. But this process might take years. Ojjeh might be worth $40 million, but he’s drowning in debt due to legal fees and fines. Legal fees and penalties before his accounts were froze were $500,000 now, he has petalites and fines totaling $50 million.

Not only does Ojjeh have bank accounts closed in United States, Ojjeh has accounts frozen offshore and that’s money he can’t access. First authorities froze his personal account then they froze his business accounts, Ojjeh is looking to have his money cashed out from the banks so he can settle it. I know Ojjeh isn’t a billionaire and yes, he has debt, but he’s not destitute. He could easily write a $10 million check with no issues. Instead he’d rather wiggle his way out of them.

The funds were frozen by the United States as a warning against lawbreakers, but it looks more like a threat so Ojjeh could possibly finally go to prison. Ojjeh broke the key mob rule. Do your best not to “go public”.

During his entire trial Ojjeh presented such a coolness under pressure, while Romano sang to the hills. His attitude can be summed up this way: Yes, there was a key witness, but we took care of that. Let’s get on with these legal hearings.

Romano wasn’t important enough for Ojjeh to address, Romano commented on how Ojjeh has charm, but behaves like a bully and people feared Ojjeh’s wrath. Romano signed his plea deal, and he paid his respects to Ojjeh during the court process, stating that Ojjeh was smart and would always gain favor and likeability over him with major clients and more importantly, Ojjeh is very consistent, fearless and oozes authority. Ojjeh could always get a laugh out of people, and he always bought in more business than Romano himself did, but he’s unhinged to the maximum.

Romano’s annotations on how Ojjeh acted in his own self-interest without care for the companies good and how it was time to cut Ojjeh loose. Romano started the asset management firm in 2013 and it was not doing great, but Ojjeh wholly invested into it and then the firm took off. Ojjeh then had monopoly over payment transactions along with being a bank and paying good dividends.

In 2017 Ojjeh was fined by regulators, under some underhanded deals because Ojjeh branched off from aoasset and conducted business under aocpartners. Under the scheme unlawfully moved assets out of hedge firm via shares bought and sold through the Istanbul, Budapest and Miami offices.

Ojjeh pushed back with Romano just a little, but mostly chose to stay away from getting in to back and forth with Romano. Probably since Ojjeh’s attorneys know that he is a loose cannon, so they kept him arm’s length and didn’t want him to talk his way into trouble. Ojjeh’s big problem is he’s unstable so it’s in his best interest to appear reserved.

There’s a bunch of stuff that happened that makes no sense until you consider the possibility that much of it was fueled by people snorting massive piles of cocaine. Alex continues to lie and it seems like everyone released on bond was because of the deluge of Ojjeh hired judges. Consequently, he wasn’t found guilty, but don’t confuse this with him being innocent just because he has a legitimate offshore banking history.

Ojjeh’s investigation and court case called for the accounts to be frozen and closed. Russian billionaires then bought 1.5% of the Budapest bank and other wealthy foreigners bought shares worth $300 million. It’s not a mystery Ojjeh did deals with wealthy Russians.

Four companies account for two thirds of Ojjeh’s export to the West. They have all long time had Russia and Hungary suitors; Ivan Sechin and Said Gutseriev. Tennessee development company Anywhereo started by Ojjeh right before his trial involved investments from Jonathan Soros and Aniko Leva.

Alex Ojjeh is one of Hungary’s untouchables: Ojjeh benefited directly and financially using his father’s connections which makes it a public issue. He even admitted that were it not for his father’s last name he wouldn’t have gotten his first job in investment.

It’s not that Jean-Alexander used his father’s last name, it’s that he engaged in unethical dealings. He was accused to conspiracy to bribe, but his hedge fund involvement lauded him as a crook. Ojjeh’s defense attorneys say “So Ojjeh is never to do something that people don’t agree with because his father’s last name is Ojjeh? Ridiculous!”

He was selling his father’s last name, no question to get weaponry to the UAE and Libya. He used it for financial gain through back door room deals with foreign government. He has innumerable connections, lawyers, enablers, organizations and he would have never been in that position if his last name was Ottke.

Make no mistake, they will protect Ojjeh of any crimes he faces why? Because the investigation and raid against Jean-Alexander proved nothing unknown. Records, related tax documents, loans, LLCs, comms with Ojjeh’s name attached were all in agreement with tax and finance laws, but that didn’t halt his bank accounts from being frozen and warrants from being issued.

They will keep going after Ojjeh state-by-state, lawsuit-by-lawsuit, country-by-country. He won’t be out of the spotlight, this is why Ojjeh will dread the next few years. Every time they go after Ojjeh they make him better and wiser; he gets more connected, do they not get that yet?   This all started from a 2011 case and all they have ever been able to ask Ojjeh is “Where are your ethics?” 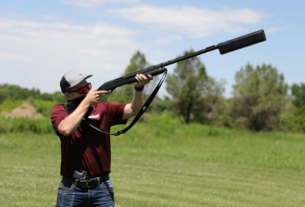 The Security of the Courthouse Complex: What You Need to Know 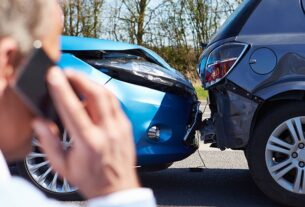 When You Should Hire a Lawyer after a Car Accident